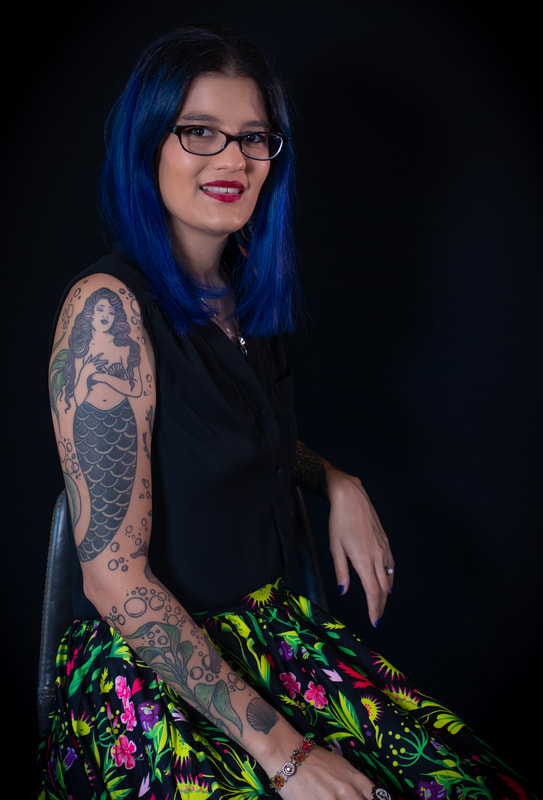 The first film I made was Attack of the Killer Asparagus (2000), a campy monster B-movie. In 2005, I graduated from Texas Christian University with a B.S. in Radio/TV/Film. I began my professional editing career at Circle R Media (now CRM Studios) and had the opportunity to work on projects for clients like Budweiser, Gamestop, and Radio Shack. During this time, I also produced various short films under Vegetable Thing Productions (2000-2009), as well as working on trailers, music videos, and short films in Dallas/Fort Worth/San Antonio.

Now located on the Gulf Coast, I established A Girl and her Goldfish Productions (2016-present) and have produced award winning short films, screendance, and commercials.

​In 2017, Summer Baldwin and I founded the Gulf Coast Women in Film, dedicated to supporting, networking, and producing films with female filmmakers and artists.

My hobbies include gardening, drawing, and belly dancing. I have two daughters, one husband, and two black cats.
Based in Pensacola, FL